The Japanese Ministry of Finance releases intervention data every month as leaders to recommend intervention.  The BOJ simply applies recommendations under Article 7, Section 3 of the Foreign Exchange and Foreign Trade Act.

Why the question of intervention is vital to today’s traders is because the Japanese don’t ever intervene once and the exchange rate price is settled. The Japanese intervene many, many times during any given month.

Take for example June 1993 when the BOJ intervened 10 times during the month. This is common practice to BOJ intervention. The BOJ intervened 5 times in November 2011 and once October 2011, August and March. Fukishma was the issue then.

The other question is why intervene now when interventions became practically non existent to currency markets since  early 2000’s and the 1990’s. Will intervention lead other central banks to intervene or coordinated actions by central banks.

Is intervention the first action to 1930’s style export wars. Export wars of the 1930’s caused volatility as never seen again in currency markets. The swing in prices was far more extraordinary than ever witnessed today. The 1930’s wars gave us Bretton Woods and 1% exchange rate movements in dead currency markets.

In all instances of intervention since 1991, the BOJ never involved themselves in coordinated actions but instead  flew solo.

More importantly, USD/JPY begins its 6 month yearly cycle rise  from January to April and May. USD/JPY normally achieves its highest yearly level in April then drops to allow EUR/USD to rise from May and June to December.

For the BOJ to intervene in September to sell USD and buy JPY represents an enormous change to the past 18 year practice.

While USD/JPY is the prominent intervention currency, the BOJ began intervention once in August 1993 to buy DEM German Marks and sell JPY. November 1997, the BOJ 5 times intervened to sell USD and buy IDR, the Indonesian Rupiah.

As EUR/JPY and the Euroyen interest rate was introduced in 1997, 1998, the BOJ intervened 3 times in June and November 1999  quite heavily to buy EURO’s and sell JPY. Intervention to EUR/JPY began again to buy EUR, sell JPY March and September 2000. September 2001 and June 2002.

The USDJPY bounces strongly in early Monday and regains levels near 150 barrier, signaling that a positive impact from a massive intervention to support yen on Friday, was not lasting long.

The pair dipped from new 32-year high (151.94) to 145.51 following Japan’s record nearly $20 billion intervention, but yen was unable to hold gains as a cocktail of factors continues to strongly support dollar, even though the media report on Friday signaled that the US central bank will likely debate the size of future rate hikes, suggesting that aggressive tightening mode would start to ease soon.

Larger bulls remain intact but need a close above 150 pivot to generate fresh signal and open way for retest of new peak at 151.94, violation of which would unmask Apr 1990 peak at 159.16.

Caution on failure to clear 150 barrier that would signal extended consolidation, but bullish structure is expected to remain unharmed while the action stays above 146.85 Fib support. 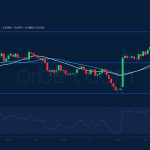 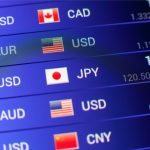 Currency market: US Dollar Index, the political and economic system and exports 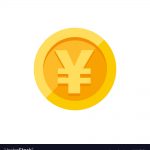 BoJ intervention and other key events